Last year we started experimenting with meeting neigbours and passersby in the form of our Bus Stop Café. We’ve been at a couple of locations down the road from the prison in Winson Green and at the Visitors Centre across from the prison. On our first occasion, we were welcomed almost immediately by a mum of unknown African descent. Coming from a road opposite was a man with a big smile, who I learned is a Kurdish Iraqi that was waiting for a lift to his job in Solihull where we used to live. A few minutes later I watched an inebriated eastern European man speak with Sam and when offered a coffee snatched Sam’s coffee out of his hands! This man came for another coffee after a stop for some tins of beer at the local off-licence shop. And then there was a Somali Muslim woman with five children under the age of six. All in all on that first morning we talked to about 15 men and women who embraced their tea or coffee in the cold weather whose ethnic origins were other than this country! 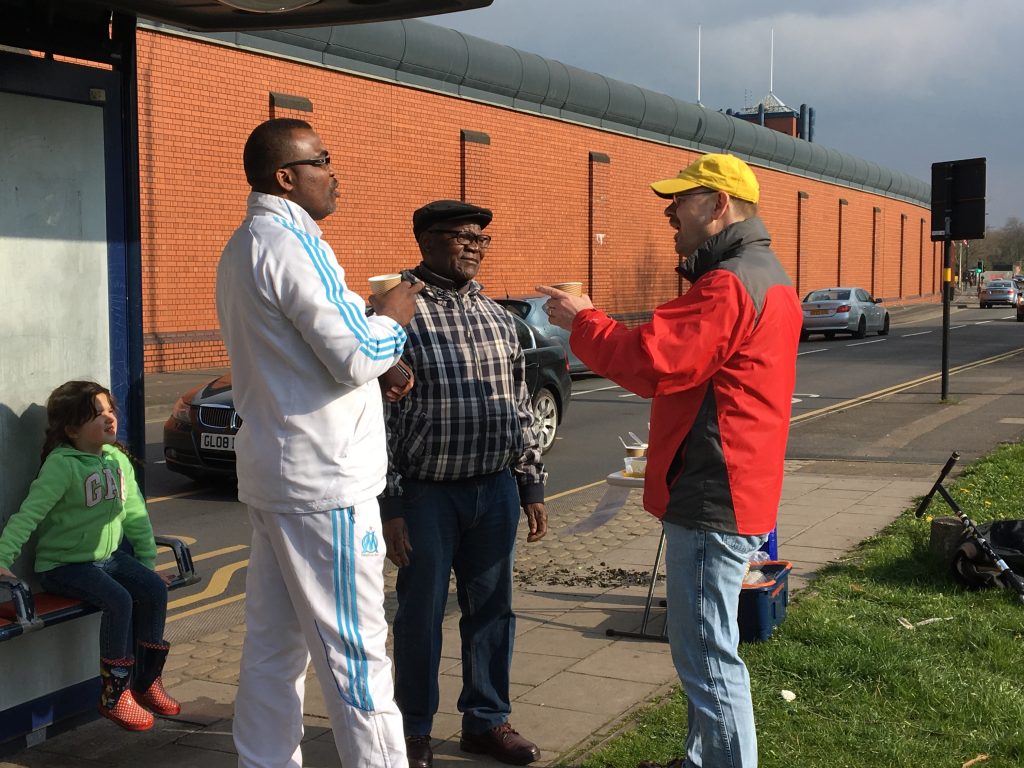 Over the summer we combined the Bus Stop Café with work on a community garden at the Prison Visitor’s Centre. During the summer we had some regulars whom we met when they were getting off work from the prison or from the local industrial site. Others we introduced to each other, like these two French speaking men from the Congo (Republic of the Congo and the Democratic Republic of the Congo – two different countries). And then there was the time we were treated to an impromptu concert from The Choir with No Name who were going into the prison to sing; all of them who are or have been homeless. 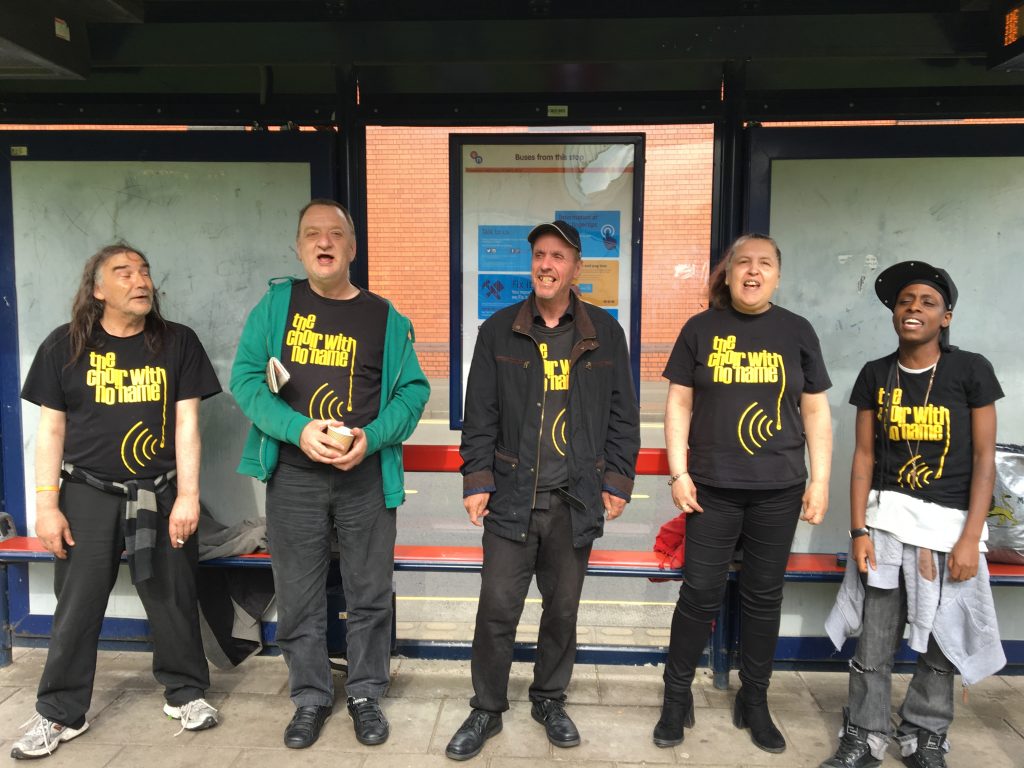 We launched work on the community garden in front of the visitors centre with a team of students from Cincinnati Christian University (just like last year). Sam led the work on preparing the bedding and soil, and planting flowers to make that space attractive and inviting. Though the flow coming and going between the prison and the visitors centre is comprised of people who are all over the map emotionally and behaviourally, bringing a cup of coffee and a touch of care to this place is appreciated by locals. We’re glad we can do a bit to help. 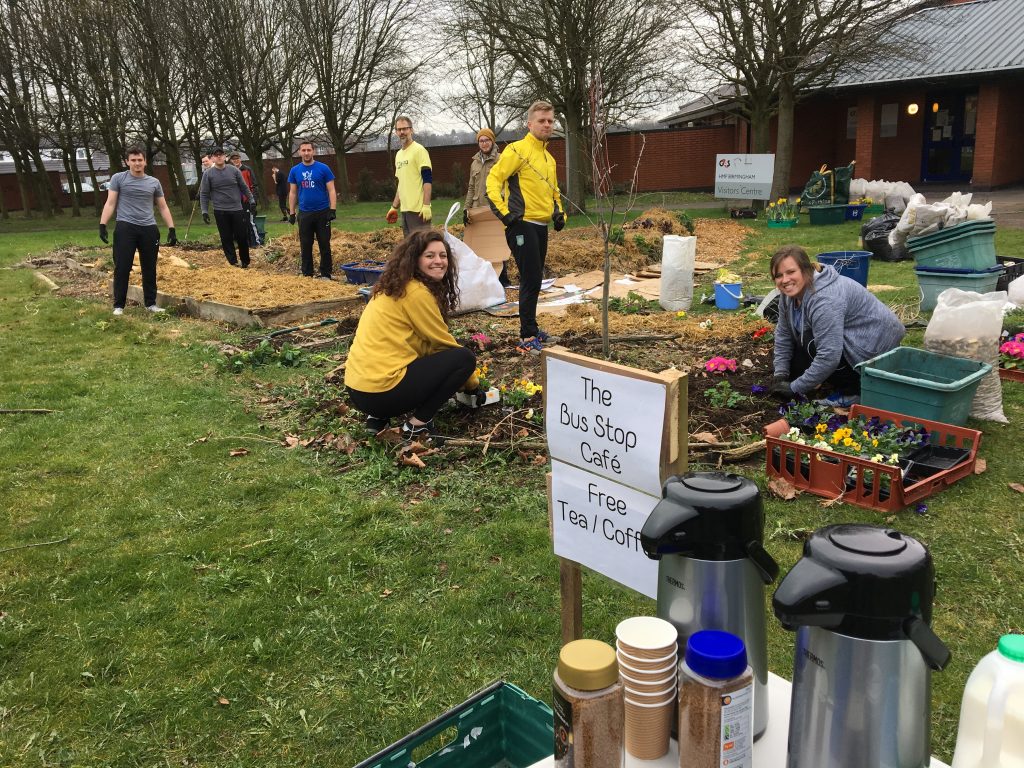 We’re now thinking together as a Companions for Hope team about where we site our next Bus Stop Café. We have some ideas, and we’ll be sure to share some stories about what we learn and who we meet.