We sometimes thought when we lived in Shirley and after starting Dickens Heath Village Church that there was an international feel to the place. We had Irish and Scottish neighbours, and South African, American, Polish and English friends in the church family. Since our move into Winson Green, we have had a new set of experiences that has made us re-define what we understand as ‘international’ and multicultural. 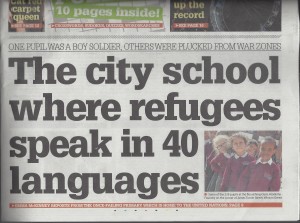 g at the local Foundry school which has students speaking over 40 languages (42 currently). I will begin volunteering at the local Boulton primary school this term and they have identified at least 30 languages spoken by their students. Across the street and to one side of Newbigin House (what our team calls the vicarage we live in) we have Sikh and Muslim neighbours. At the local iron monger run by an Indian Hindu family I observed a Jamaican man speaking to a white English man who had a Black Country accent. The other day at the local gym I met and spoke to two Sikh men whose workout regimen was amazing; I learned they live down the road from us. My next visit to the gym I met a woman from Bulgaria and another from Poland. Just before Christmas a man recently released from Winson Green prison knocked and the door and asked for a jacket. He had been homeless and had smashed a shop window just to get a break from living on the street; he may be from Brum but culturally he is very different! 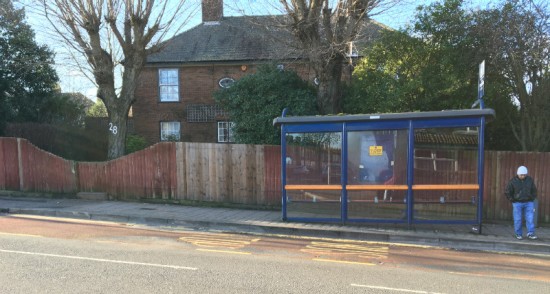 Our teammate Sam and I decided to start offering teas and coffees at the bus stop outside the house once a week through the half-term on Thursday mornings from 8.00am to 9.00am. We were welcomed almost immediately by a mum of unknown African descent. Coming from a road opposite was a man with a big smile, who I learned is a Kurdish Iraqi that was waiting for a lift to his job in Solihull! A few minutes later I watched an inebriated eastern European man speak with Sam and when offered a coffee snatched Sam’s coffee out of his hands! This man came for another coffee after a stop for some tins of beer at the local off-licence shop. And then there was a Somali Muslim woman with five children under the age of six. All in all we talked to about 15 men and women who embraced their tea or coffee in the cold weather whose ethnic origins were other than this country!

I also learned this past week that two groups of roads around us are in the bottom .01% and .02% of the deprivation tables in England. Not the bottom 10% or even the bottom 1%; no these residents are desperately poor and the most poor in our country. Many are immigrants, refugees, and asylum seekers who have left their country of origin due to circumstances of persecution, poverty, and war for a better life here. 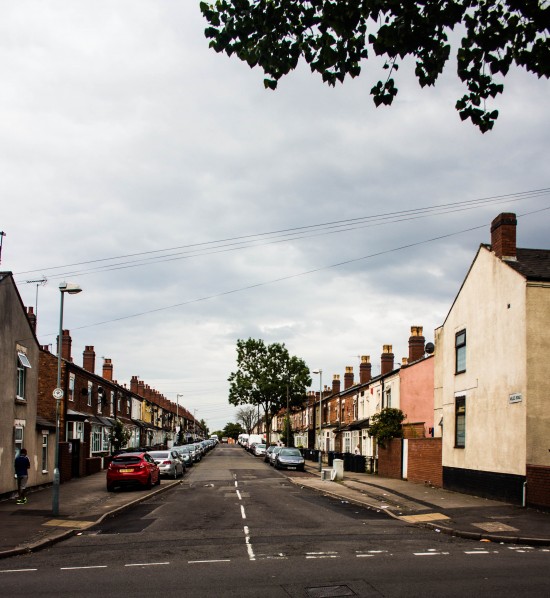 The whole process of our move from Shirley and new life and ministry in Winson Green has had me thinking and reflecting on the themes of scarcity and abundance. Our global world is consumer-driven and inter-linked in ways previous generations never experienced. Friends and family members experience the loss of work and jobs that have been outsourced abroad or because a migrant worker or refugee given residency status will do it at lower recompense. How is one to view the upset and chaos and difficulty being experienced by so many on so many levels on both sides of the immigration debate? Personally, we have friends amongst all these groups!

There is a story from the life of Jesus in the Bible where his followers are confronted with a situation of feeding thousands with five loaves of bread and two fish. Do you know that story, found in John chapter six? There is scarcity. Jesus provides abundance of bread and fish, then instructs his followers to collect the leftovers so they are not wasted. In his Kingdom, he seems to be saying, “There is more than enough, but don’t waste the ‘more than enough.'”

All of which is to say that my mindset, perspective, or frame of reference has significant impact on my view of God, of people, of myself and my response to the opportunities and challenges before me. This is more than a ‘glass half full / half empty’ view of the world. It’s about more than being a pessimist or an optimist. It’s about who I believe God to be and the values which permeate my life and are expressed in the way I live. So I leave you with a question: For you, is God a closefisted mizer or an openhanded giver? And,what kind of person does that belief lead you to be?