Our daughter has a cat she has named Scout, after the character in Harper Lee’s To Kill a Mockingbird, my wife’s all time favourite book and movie. One of the best gifts I ever got for Tammy was the DVD of the film to go along with the softcover copy of the book. Last year was the 50th anniversary of the movie’s release, though the book was published in 1960. The movie is a classic and a must-see movie (click for the wikipedia summary) about racism and growing up in a small town in the southern United States.

Scout (the character, not the cat) has an innocence that is disarming (almost literally; it disburses a lynch mob at the jail). The viewer and reader sees the world through this young girl’s eyes. It is a captivating story.

Scout (the cat, not the character) is just plain cute and captivating in her own way. If you don’t believe me, see the photos! 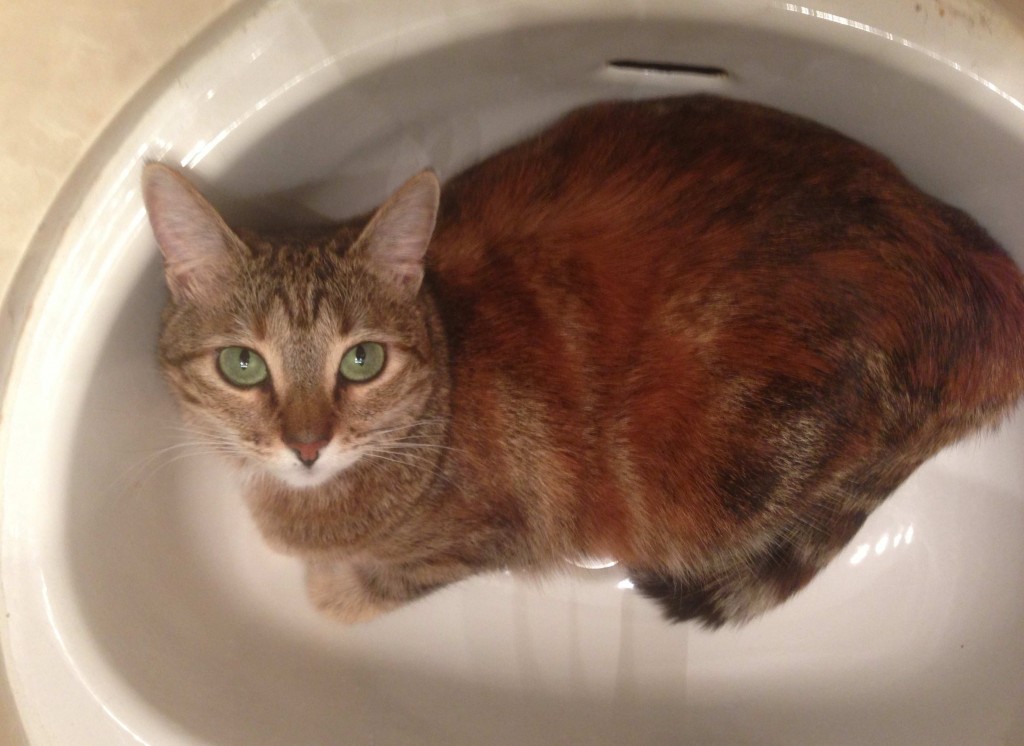 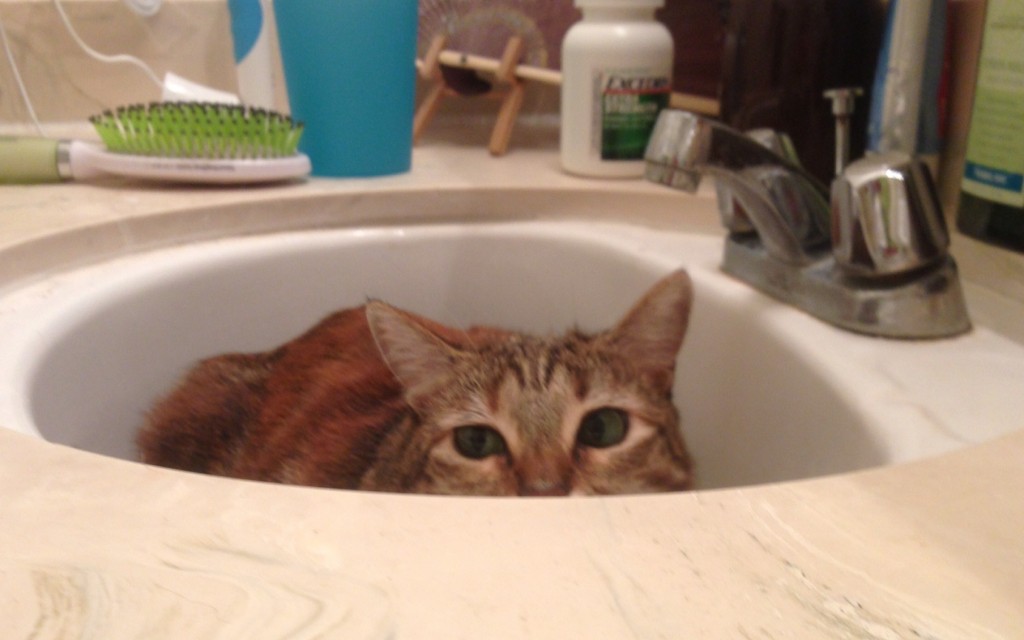