This is probably for more detail in another set of posts, but it useful to note that there are an increasing number of networks of church plants, church planters, and church planting organizations in the UK. It is an encouraging scene. In the past fortnight, we’ve facilitated a discussion for Growing Shoots (a network in the Black Country; see earlier posts), visited a network in Bristol (Church Planting Initiatives), and participated in a day-long consultation here in Shirley of national church planting organizations on the topic of ‘Developing the Church Planter’. Last weekend we hosted and helped lead training for what we pray will become a network of simple churches, some linked to thethirdplace network. In March, our own network, the Fellowship of Churches of Christ, is holding a forum for church planting which will include several ethnic church leaders who have been planting churches that have just joined the Fellowship. While the challenges of post-modern and post-Christendom England are very real, there is still much to be encouraged about in seeing communities of followers of Jesus formed in these islands.

When does Spring officially begin?

Now that the snow has melted, has spring officially made its start? I confess that I have been mildly amused the past ten days with the blanket of snow that hit the UK. So many people expressed a dislike for the weather and the accumulation of the white stuff. Now, I sympathize with those who became shut-ins because of the fear of falling and injuring themselves, those who incurred increased heating expenses, and especially the homeless of Birmingham whom we have met when feeding them hot soup and sandwiches.

Certainly the culture is different in responding to the snow. Very few people shoveled or removed snow out of their drives. And no one removes the snow from the “pavement” (“sidewalk” for those in America) out in front of their home. Partly that has to do with the usual situation that within 24 hours the snow has been melted away by rain or warmer temperatures. Partly it has to do with the fact that the local Council is responsible for the pavement, not home owners. After all, who wants to do anything with the snow or ice on the Council’s property and then get sued by someone who trips or falls because it was shoveled and became icy and slippy. It may be the sanitized memory of a man who cannot fully recall his childhood memories, but there was no leaving for school in the morning and certainly no breakfast until my brothers and I cleared the sidewalks and drive of our Minnesota home long before daylight.

When does spring officially begin?

I must say that something new and fresh has been happening in my heart the last few days. I confess, the last few months have been spiritually dry for me. The dark days of winter may have something to do with that. Feeling distant from Father God is not a pleasant place to be for those of us who believe and who maintain spiritual practices whether we “feel” anything or not. Maybe it’s my third day running starting the day with a 2.5 mile walk to pray and pause before committing my day to Father God. Maybe it’s day 29 of my chronological Bible (I’m on track for the year, how amazing is that!). Maybe it was that cup of coffee I enjoyed upon my return at 6.00am after my walk. Or maybe it was the smell of blooming daffodils on the table which came last Friday from our friend Elaine at thethirdplace last Friday evening.

Whatever it may be, I get the sense that spring is on the way. 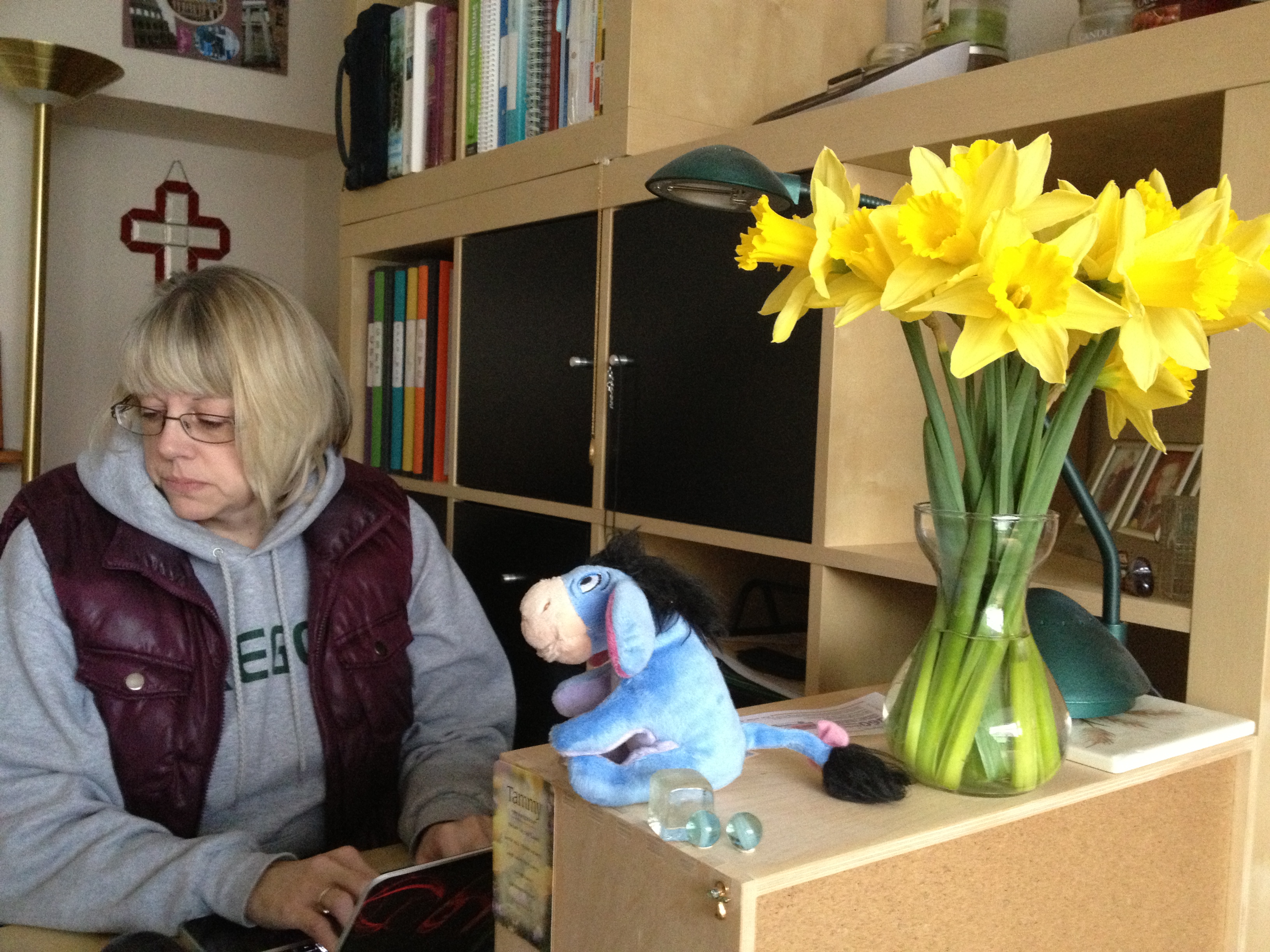 One of the networks with which we’ve been rubbing shoulders is Growing Shoots, a collection of folks in the Black Country who want to see new churches established that are contextual, effective, and fruitful in these region of the West Midlands on the western side of Birmingham. I was asked to come and share some of our story of thethirdplace and generate some conversation around the questions “what is church?” and “what is discipleship?” and which comes first, making disciples or planting churches? The discussion was recorded and will be posted once I get a copy of it. 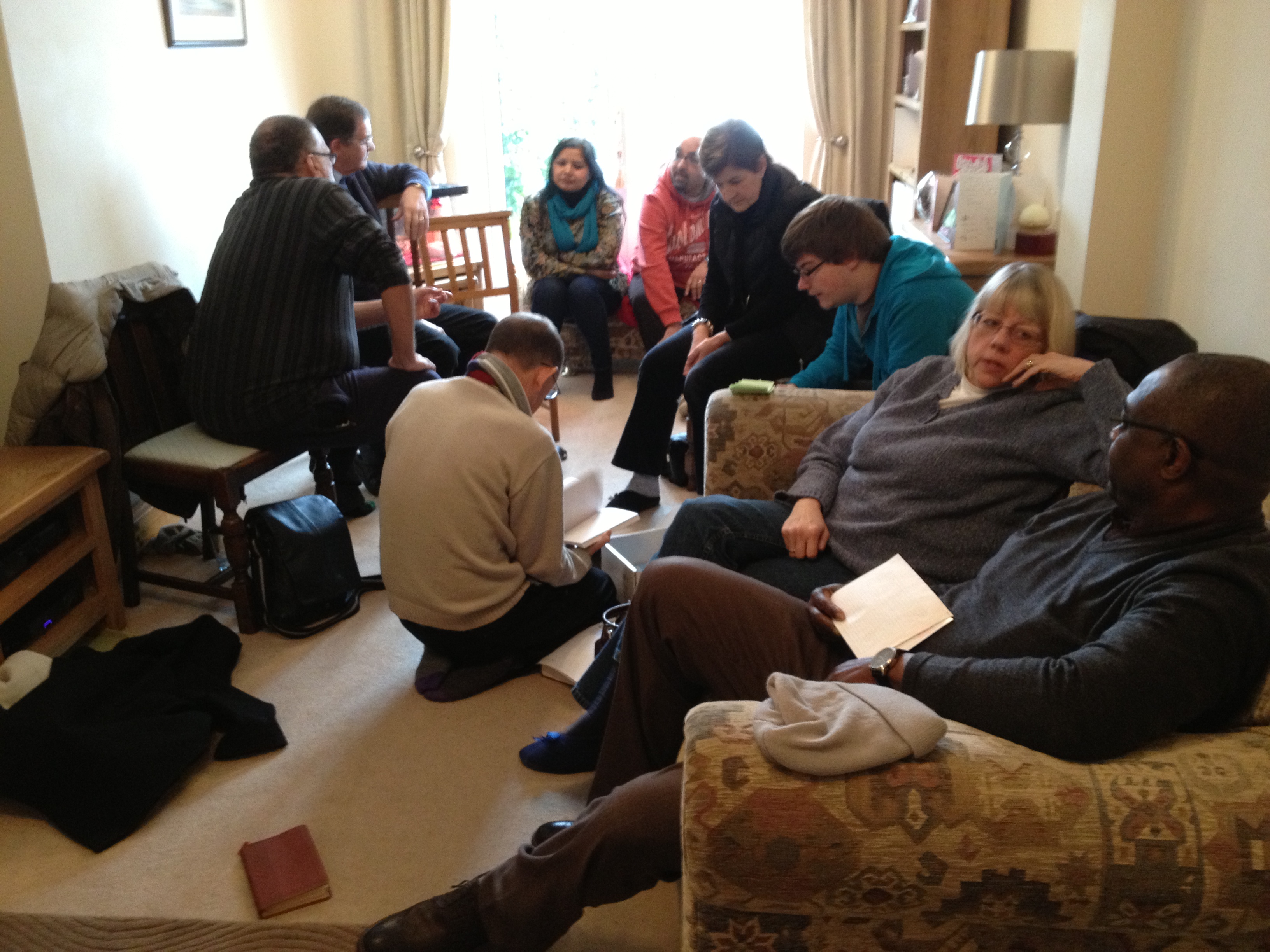 In recent years we haven’t done much publicly to remind people that we reside in England because of the generosity of a significant number of churches, families, and individuals who materially and spiritually support us in Christian ministry.

These many ‘behind-the-scenes’ people enable our life in this country to influence and help friends follow Jesus, living out values of the Kingdom of God such as compassion, justice, and service and sacrifice for others. It’s not something any of us can do alone, that’s for sure! When we gather together to support one another in loving God, loving people, and serving in the world, we reflect the simple communities that gathered in those days after Jesus rose from the dead who listened to his wise words.

As we approach Christmas, thanking God for his indescribable gift, we humbly ask you to consider joining our support team. Please click here to do so.

If you have any questions, don’t hesitate to privately message us on facebook or by e-mail. 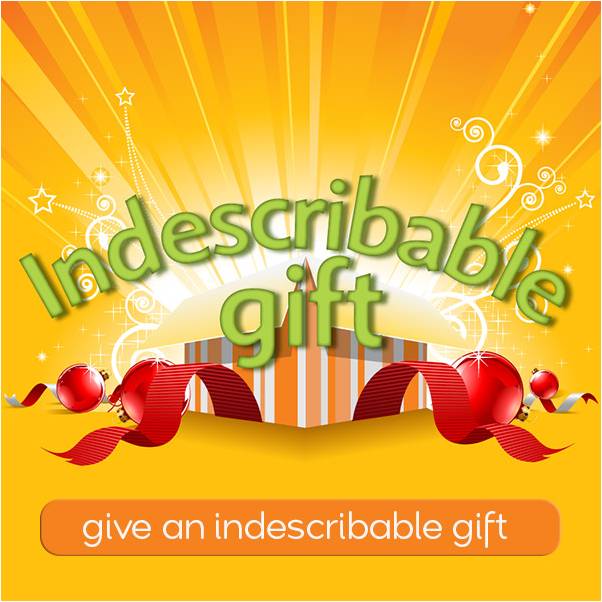 The “reinbull” in Birmingham’s Bull Ring, just before grazing my way through the German market. First was a 1/2 meter bratwurst (OK, I did split it with Tam). Second was a pretzel sandwich. Third was roasted chestnuts. Fourth was a coffee. Thanks Tam for the anniversary gift! 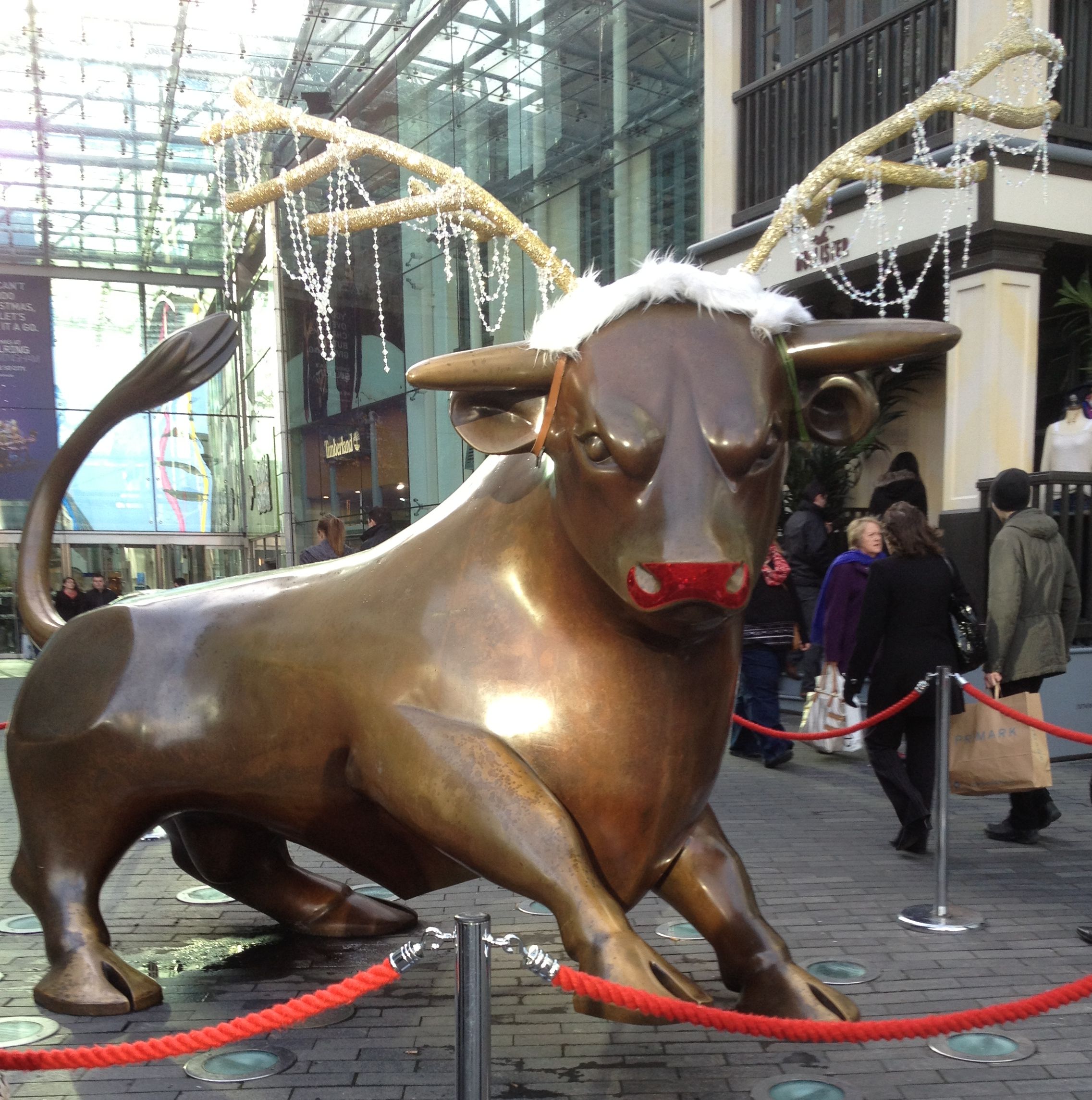 In 1986 I joined the staff at Central Christian Church in Mesa, AZ as an intern for 12 months (and now our home church supporting our ministry here in the UK). It was a year of many lessons, one of them being persistence and patience. One Sunday not long after we arrived that August, Rod and B

obbie visited the church, and I phoned them a couple days later as one of my responsibilities. They were busy and couldn’t talk; would I phone another time? Of course, that wasn’t an issue, but I didn’t know that this same conversation would be repeated with them for about four or five months! Finally, they invited me to their home and a friendship began. Rod was selling swimming pools at the time, and he showed me designs for installations, along with his back yard plants and roses. And then I shared with them the story of the Gospel of the Kingdom of God, and not long afterwards baptized Rod and Bobbie as followers of Jesus. They both became active in the church family.

In the years following our departure from Arizona, first to Tennessee, then Virginia, and then England, we were able to keep in contact with Rod and Bobbie. When we would visit AZ and our many friends and supporters in the church, we could always see the handiwork of Rod with the roses and other flora of the church campus. Often we would see Rod motoring around on a golf cart, he would see us, stop with a smile, and give us a hug.

Bobbie passed away a few years ago after a long battle with cancer. Rod later married Jeanne, a delightful companion to Rod. This morning we heard from Jeanne that Rod had passed away on the 4th of December. We mourn Jeanne’s loss, as well as the families of Jeanne and Rod. We have never met any of the family, and I suppose we are typical of many who were touched by Rod (and Bobbie) but didn’t know their children or other family members. To them and to Jeanne, and to God, we say ‘thank you’ for this kind and gentle man and the place he had in our lives. Our loss is heaven’s gain; we anticipate a hug and a smile from him again one day.

One of the networks we spend time with and participate in a monthly coaching circle sponsored a day with Alan Hirsch. I’ve met Alan half a dozen times over the last few years, including a meal he purchased at a Thai restaurant with an Aussie classmate during one of my DMin intensive classes at Fuller Seminary. He has written and spoken extensively about mission and discipleship in the western context: “All mission in western culture is now cross-cultural” is one of the many reminders he made during the course of the day with him. As a result of the day I am reflecting more on the nature of practice in discipleship (“Act your way into new ways of thinking because you don’t think yourself into new ways of acting”) and the nature of group sizes (3, 12, 72, 120, 500, 3000, 10000, 100000) and what can best be accomplished and experienced at each size. 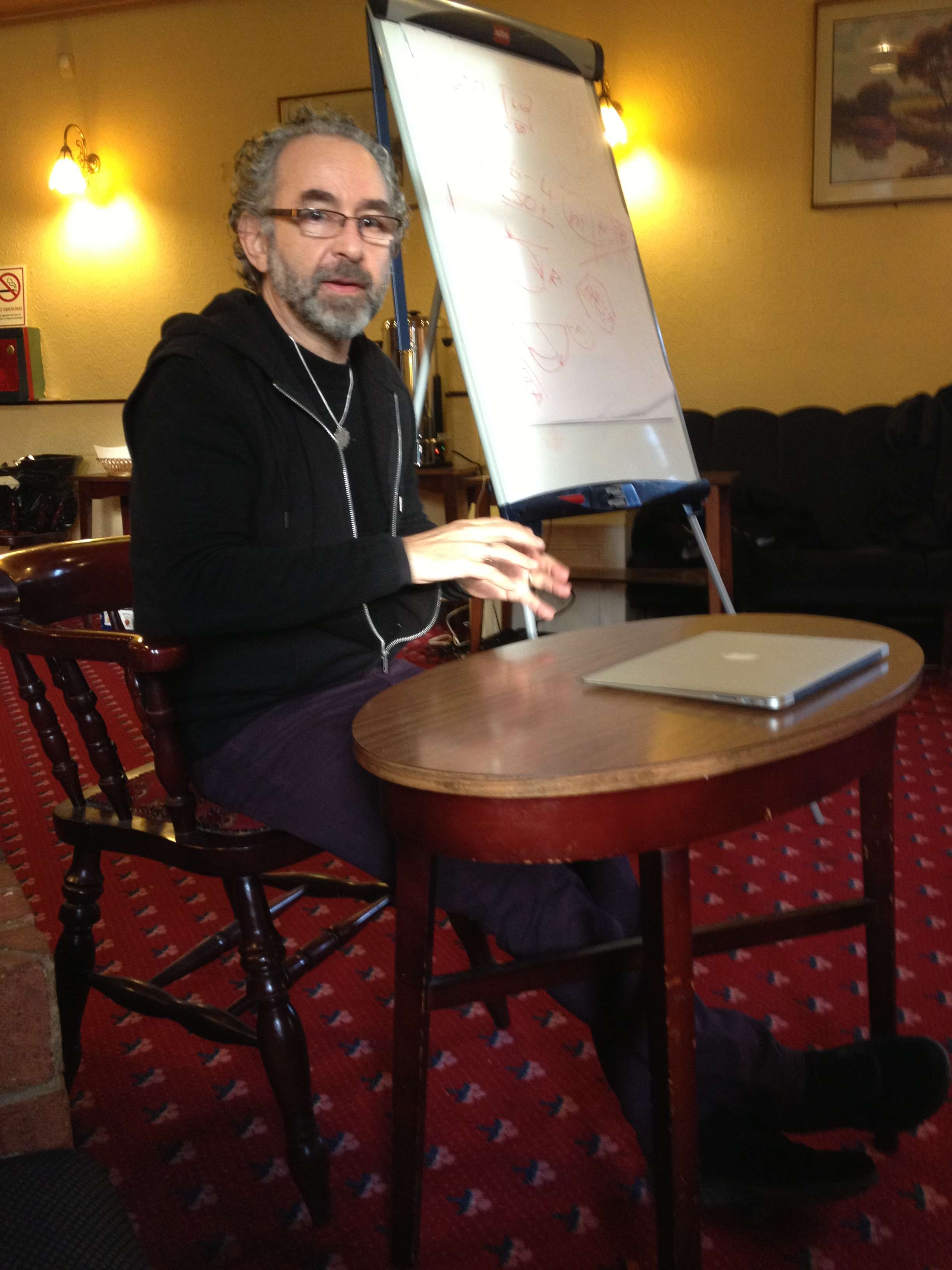 We have the joy of lovingly obeying Jesus by leading people to become disciples of Jesus who also lovingly obey Him (Matthew 28.18-20). We are praying, coaching and mentoring them to become leaders who multiply themselves by making disciples.

What an indescribable gift, this grace of God! How humbling to play a part in expanding God’s Kingdom and how grateful we are for those who prayerfully support our disciple-making, leader reproducing, church planting ministry!

“Thanks be to God for his indescribable gift!”

The joint effort of thethirdplace and Dickens Heath Village Church that combined a “traditional” American Thanksgiving meal and messy church was really delightful. We met lots of people for the first time, while others we’ve known many years joined us, over 70 of us in all. Really impressed by the family that had just moved into the village and came along not knowing anybody – how very brave! Sarah did a fantastic job of organizing the messy church portion, the talk by Chris was spot on, the photographs by Doug and Millie added a nice touch for families. So proud of so many who worked so hard to prepare food and the school hall, and for everyone who cleaned up and put everything away afterwards. The word for the day was “thanks”, and I am full of thanks. To see a gallery of photos go to thethirdplace network facebook page. Below, that’s Sarah on the right leading the silly songs!

Actually, ‘Messy Thanksgiving’ hasn’t happened yet; it’s this Sunday. A joint event of thethirdplace and Dickens Heath Village Church, it’s a combination of a traditional American Thanksgiving and ‘Messy Church’. Looks like we have about 60 booked in so far for the afternoon. We’re also collecting items to feed the homeless in Birmingham and a couple of people on limited incomes. It’s gonna be a good day!