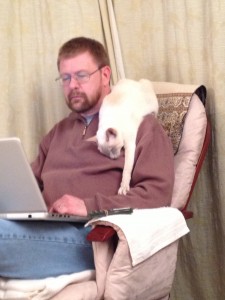 OK, this is a fluffy posting, about a cat. My cat. It’s all about cute. If you’re not thankful for cats, have failed miserably at herding cats, and think cats are stalking you mistakenly as prey, then you can stop reading here and wait until tomorrow’s posting which will not be about dogs or creepy crawlies or obscure marine life.

Fact is, I meant to take photos of a team being gathered to begin a Youth Club in Dickens Heath village come January. We’ve been working on this for a couple of months now, and it is coming together nicely. But the youth worker being employed to lead the club had a migraine and couldn’t attend, and I enjoyed my cup of coffee and the conversation too much.

So, on to the fluff.

A little over 15 years ago I started saving up my monthly pocket money. I longed to have a cat, specifically, a Siamese cat, in the house again. Growing up, my family had several Siamese cats; Tam’s family did too. We researched breeders, visited a couple of them, and selected ‘Rainvale Destiny’s Child’ whom we renamed Destiny. Born on 29 September 1999, we picked Destiny up a couple days after Christmas. It was a surprise to the kids, though Andrew thought we were acting 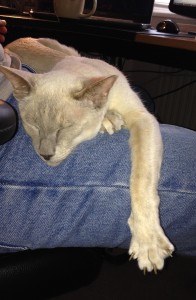 surreptitiously and engaged in some kind of espionage.

It took Destiny about three days to get used to us and accept us as family. Her first couple of days she cowered in the downstairs bathroom. Probably didn’t help her integration into the family that having got used to sitting on top of the toilet on that first day, someone left the toilet seat up and she leaped into the watery pool with great displeasure! A couple of days later we heard the first purrs and she became part of the family.

I made a point of playing with her often and roughly in those early months with us. I would chase her upstairs; she would chase me back down. While working, I would put her on my shoulders, and she would lay there and sleep and purr for 30 minutes or an hour. Now she usually lays on my lap when I am at my desk tapping at my computer keyboard. 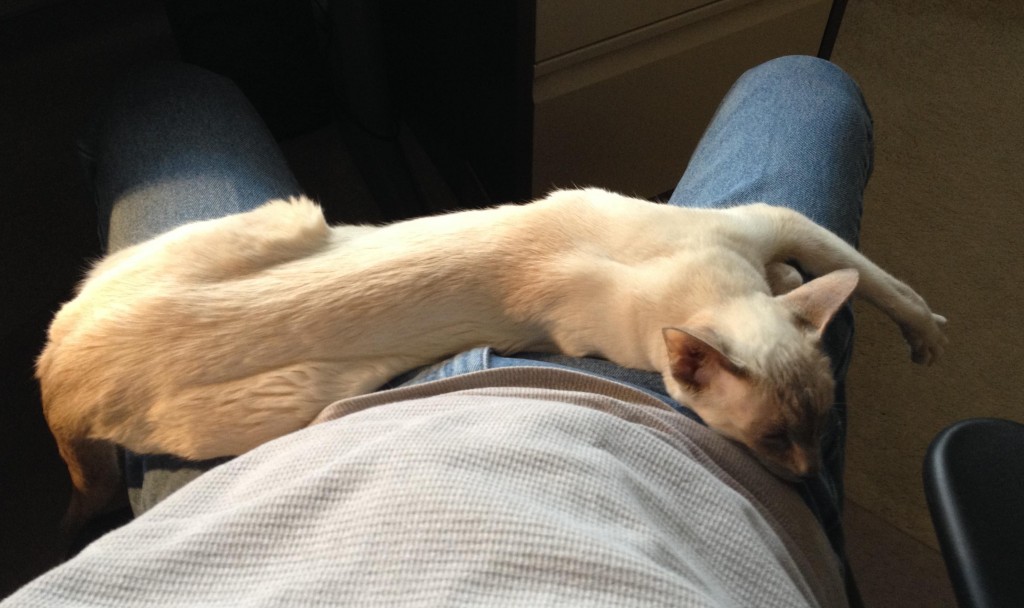