Recently we suggested to some friends that they pray 23 minutes using Psalm 23 as a guide. Admittedly, a little gimmicky, but we called it “Prayer:23.” Popular at funerals, the psalm is not just for such occasions when grief assaults. Its sentiments speak to deep relational ties with God who like a shepherd protects and provides, rescues and releases, and guides and gives his sheep what they need. But the psalm can also be used as a guide to pray for others, and so with another set of friends we used Psalm 23 as a resource to pray for our community and people we met in the community while prayer-walking. 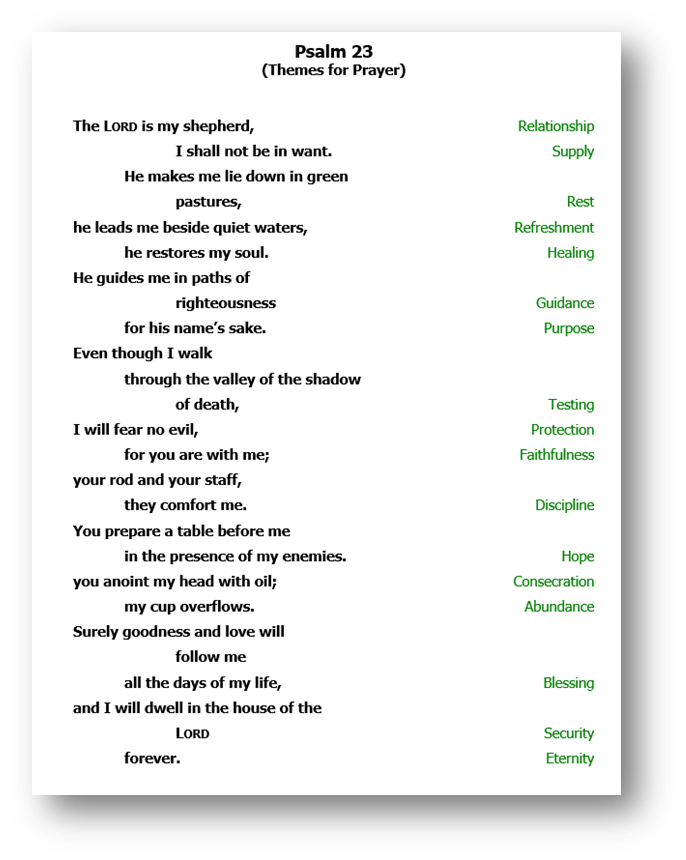 Prayer-walking may be something new to you. Essentially, it is a spiritual practice of praying while walking (eyes open!!) and asking for individuals, couples, families, and the community to know and experience what God has to offer. For instance, using Psalm 23, praying that the family we see playing in the park know the shepherding love of God, the couple having a cup of coffee to receive help and courage in difficult circumstances, or the lonely woman walking her dog to experience the hope and promise of dwelling in community with others who love God and care for people. 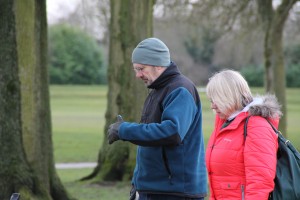 Well, it could be as simple as going in pairs down the high street and having a prayer conversation together with God about the well-being of the community. Or like what happened with me the other day while praying with some friends in Shirley.

With these friends we prayer-walked in five different locations over eleven days. On one of the days, on the Shirley high street, when the team was using Psalm 23 as a prayer guide, I purchased a card and wrote an anonymous message (from the Shepherd!) telling the recipient they were important to God, and that whatever difficult circumstances he/she was facing, they could be assured that the Shepherd was looking out after them. A few minutes later, I purchased two bunches of carnations, and then started looking for the person who should receive them.

Edie, with whom I was praying suggested we enter into one of the charity shops. There, I struck up a conversation the manager. I asked her if she met people during the day who needed encouragement and cheering up. She said yes, so I gave her one of the bunches of flowers, and told her they were for someone who needed them that day. I then gave her the other bunch of flowers and the card and said this was for her, and believed that it would be something she would want to read/hear.

Now, while there is much more one could say about this, the point of using Psalm 23 in prayer-walking is seeking the welfare and benefit of others. Other passages of the Bible can be used in this manner too, but instead of being cloistered in one’s home alone, the practical act of praying with a prayer partner in the hustle and bustle of human activity seeks God’s divine activity in the community. Such things bring the smile of the Shepherd to us and those around us. 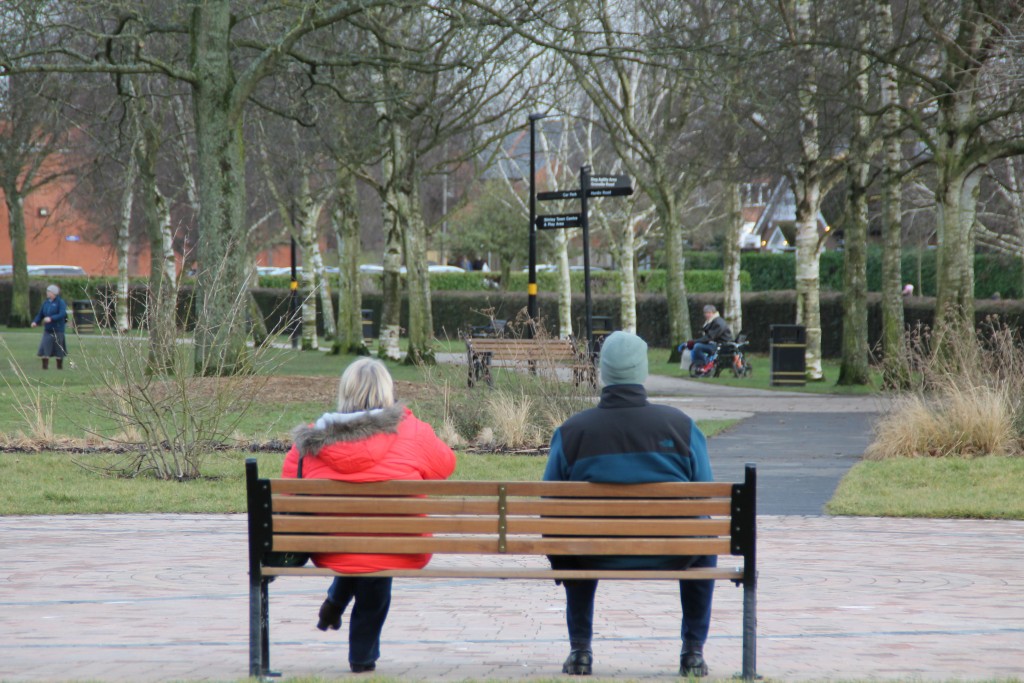